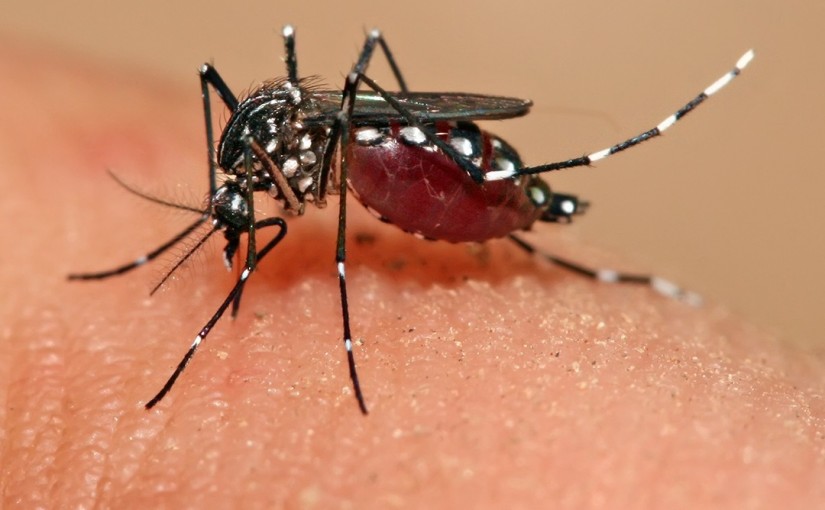 • Zika virus disease is caused by a virus transmitted primarily by Aedes mosquitoes.
• People with Zika virus disease can have symptoms including mild fever, skin rash, conjunctivitis, muscle and joint pain, malaise or headache. These symptoms normally last for 2-7 days.
• There is scientific consensus that Zika virus is a cause of microcephaly and Guillain-Barré syndrome. Links to other neurological complications are also being investigated.

Zika virus is a mosquito-borne flavivirus that was first identified in Uganda in 1947 in monkeys through a network that monitored yellow fever. It was later identified in humans in 1952 in Uganda and the United Republic of Tanzania. Outbreaks of Zika virus disease have been recorded in Africa, the Americas, Asia and the Pacific. From the 1960s to 1980s, human infections were found across Africa and Asia, typically accompanied by mild illness. The first large outbreak of disease caused by Zika infection was reported from the Island of Yap (Federated States of Micronesia) in 2007. In July 2015 Brazil reported an association between Zika virus infection and Guillain-Barré syndrome. In October 2015 Brazil reported an association between Zika virus infection and microcephaly.

The incubation period (the time from exposure to symptoms) of Zika virus disease is not clear, but is likely to be a few days. The symptoms are similar to other arbovirus infections such as dengue, and include fever, skin rashes, conjunctivitis, muscle and joint pain, malaise, and headache. These symptoms are usually mild and last for 2-7 days.

After a comprehensive review of evidence, there is scientific consensus that Zika virus is a cause of microcephaly and Guillain-Barré syndrome. Intense efforts are continuing to investigate the link between Zika virus and a range of neurological disorders, within a rigorous research framework.

Zika virus is primarily transmitted to people through the bite of an infected mosquito from the Aedes genus, mainly Aedes aegypti in tropical regions. Aedes mosquitoes usually bite during the day, peaking during early morning and late afternoon/evening. This is the same mosquito that transmits dengue, chikungunya and yellow fever. Sexual transmission of Zika virus is also possible. Other modes of transmission such as blood transfusion are being investigated.

Infection with Zika virus may be suspected based on symptoms and recent history of travel (e.g. residence in or travel to an area with active Zika virus transmission). A diagnosis of Zika virus infection can only be confirmed through laboratory tests on blood or other body fluids, such as urine, saliva or semen.

Zika virus disease is usually mild and requires no specific treatment. People sick with Zika virus should get plenty of rest, drink enough fluids, and treat pain and fever with common medicines. If symptoms worsen, they should seek medical care and advice. There is currently no vaccine available.

Mosquito bites
Protection against mosquito bites is a key measure to prevent Zika virus infection. This can be done by wearing clothes (preferably light-coloured) that cover as much of the body as possible; using physical barriers such as window screens or closing doors and windows; sleeping under mosquito nets; and using insect repellent containing DEET, IR3535 or icaridin according to the product label instructions. Special attention and help should be given to those who may not be able to protect themselves adequately, such as young children, the sick or elderly. Travellers and those living in affected areas should take the basic precautions described above to protect themselves from mosquito bites.

It is important to cover, empty or clean potential mosquito breeding sites in and around houses such as buckets, drums, pots, gutters, and used tyres. Communities should support local government efforts to reduce mosquitoes in their locality. Health authorities may also advise that spraying of insecticides be carried out.

WHO is supporting countries to control Zika virus disease by taking actions outlined in the “Zika Strategic Response Framework”:

• Define and prioritize research into Zika virus disease by convening experts and partners.
• Enhance surveillance of Zika virus and potential complications.
• Strengthen capacity in risk communication to engage communities to better understand risks associated with Zika virus.
• Strengthen the capacity of laboratories to detect the virus.
• Support health authorities to implement vector control strategies aimed at reducing Aedes mosquito populations.
• Prepare recommendations for the clinical care and follow-up of people with complications related to Zika virus infection, in collaboration with experts and other health agencies.