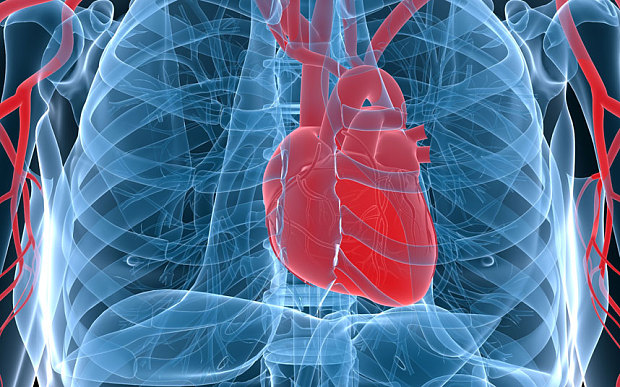 Researchers at Johns Hopkins University School of Medicine in the US, found that a protein called vinculin is responsible for keeping heart muscles pumping as we age

A protein which helps the heart repair itself has been discovered by scientists in a breakthrough which could lead to new drugs to repair the damage of heart failure.
Unlike other organs, the human heart does not make many new cells over a lifetime and yet still manages to generate billions of beats as it grows old. Researchers at Johns Hopkins University School of Medicine in the US, found that a protein called vinculin is responsible for keeping heart muscles pumping.

“The heart is an amazingly resilient organ, but one that generally doesn’t regenerate, and its ability to pump invariably declines with age,” said Dr Anthony Cammarato, assistant professor of medicine and physiology at the Johns Hopkins. “Turns out, vinculin is a good guy, the body’s way of slowing down the decline of one of its most vital organs as it grows old. “Capitalising on the body’s own protective mechanisms and hijacking them therapeutically could help halt the decline of organs that don’t regenerate.”

The new findings about the role of vinculin, the researchers say, could pave the way to treatments that extend the lives of patients afflicted by heart failure. Around 900,000 people in the UK have heart failure, which occurs when the heart cannot pump blood around the body at the right pressure. It usually occurs because the heart muscle has become too weak or stiff to work properly. Symptoms include shortness of breath; fatigue; swollen ankles;rapid heartbeat; wheezing and lack of appetite.

In an initial set of experiments, researchers analysed levels of vinculin in the heart muscle of adult and aging fruit flies, rats and monkeys. In all three, vinculin levels rose steadily with age suggesting that the protein was rising to keep the heart beating.

When flies were genetically altered to create excess vinculin they lived 150 per cent longer than normal flies.
“Vinculin appears to be at the heart of a natural defence mechanism that reinforces the ageing heart cell and helps it better sense and respond to age-related changes,” said study senior author Dr Adam Engler, of the Sanford Consortium for Regenerative Medicine.

The research was published in the journal Science Translational Medicine.