Loading ...
You are here:
Nurses Zone | Source of Resources for Nurses » Gastrointestinal » Could a gut microbe improve metabolic health and body fat distribution? 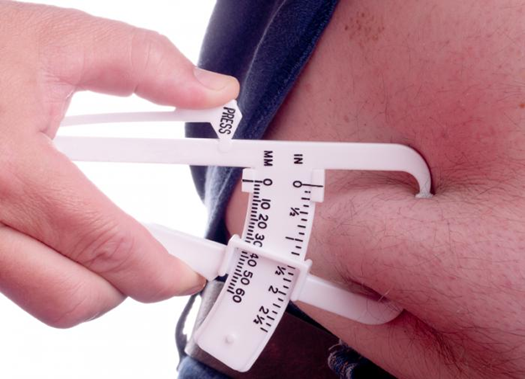 Obese and overweight people with higher levels of the gut bacterium Akkermansia muciniphila were found to have better metabolic health and body fat distribution following a 6-week calorie-restricted diet.

Researchers have discovered a gut microbe that could be effective for improving leanness and metabolic health among people who are overweight or obese.

Published in the journal Gut, the study reveals that greater abundance of a bacterium called Akkermansia muciniphila – which makes up around 3-5% of a healthy individual’s gut microbiome – was associated with lower blood glucose and lipids, as well as healthier distribution of body fat.

The research team – including Prof. Karine Clément of the Institute of Cardiometabolism and Nutrition (ICAN), the INSERM/University of Paris and Pitié-Salpêtrière Hospital in France – says their findings may open the door to new treatments for diabetes and other metabolic conditions.
According to the Centers for Disease Control and Prevention (CDC), almost 70% of American adults aged 20 and older are overweight or obese, meaning they are at increased of a number of health conditions, including diabetes and heart disease.

Past studies have indicated that an individual’s gut microbiome – the composition of gut bacteria – may influence the risk of overweight and obesity and related conditions. In November 2014, for example, Medical News Today reported on a study suggesting a bacterium called Christensenellaceae minuta reduced weight gain when introduced to the guts of mice.

Prof. Clément and colleagues note that previous mouse studies have also linked A. muciniphila with improved leanness and healthier glucose metabolism. However, it was unclear whether the microbe has a similar effect in humans.

To find out, the researchers enrolled 49 individuals to their study, of whom 11 were overweight and 38 were obese.

All participants were required to follow a low-calorie diet supplemented with extra protein and fiber for 6 weeks, followed by a stabilization diet for a further 6 weeks. The team notes that calorie restriction is known to alter gut bacteria composition.

At study baseline and after the dietary intervention, blood samples were collected from participants in order to measure their blood glucose and lipid levels, including cholesterol (high- and low-density lipoprotein) and triglyceride levels.

The researchers found participants who had greater abundance of A. muciniphila in their guts at study baseline had lower blood glucose and insulin levels, as well as lower blood lipid levels and healthier body fat distribution, compared with those who had lower abundance of the bacterium.

The healthiest metabolic profile was found among participants who had higher A. muciniphila levels combined with greater diversity of gut bacteria, according to the researchers.

After the dietary intervention, the team found that participants who had greater abundance of A. muciniphila in their gut at study baseline showed greater improvement in body fat distribution and metabolic profile than those with lower A. muciniphila levels at baseline.

Prof. Clément claims their study confirms in humans what has been observed in mouse models – that greater abundance of A. muciniphila is linked to improved metabolic health and better fat distribution following calorie restriction.

What is more, the researchers say their findings indicate that by-products of the bacterium boost the development of other gut bacteria that may be beneficial for health.

“A. muciniphila produces a variety of fermentation products. These may serve as energy sources for other bacteria and the host,” they explain. “It is possible that through this cross-feeding, A. muciniphila may contribute to the expansion of other beneficial species, while it may itself have a direct effect on host metabolism, consistent with rodent studies.”

Collectively, these observations demonstrate the importance of studying A. muciniphila in the context of the gut environment, as it may drive a favorable or deleterious contribution of A. muciniphila to health.”

The team says future studies should investigate the mechanisms underlying the role of A. muciniphila in metabolic health and fat distribution, noting that further studies may uncover new treatments for insulin resistance – a precursor to type 2 diabetes – and other metabolic conditions.

What is more, they say future studies could determine whether A. muciniphila could be used to predict whether certain diets might be successful for metabolic health.