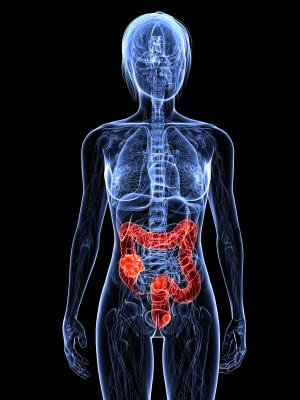 Colorectal cancer is the second leading cause of cancer deaths in the US. Most of the people who die from the disease die from secondary cancers in other parts of the body – such as the liver – not the primary one in the bowel.

Conventional treatments for colorectal cancer often have poor outcomes because by the time the disease is detected, the cancer cells have spread to other organs. They can sit there for years, lying dormant and undetected, until something triggers them to grow into secondary tumors that then become the cause of death.

Now, a study published in the journal Stem Cell Reports, and led by the University of Melbourne in Australia, could take the treatment of colorectal cancer in a new direction – one that targets the dormant colorectal cancer cells rather than just activetumor cells.

In the study paper, the researchers describe how they found a way to control the stem cell behavior that causes the spread of colorectal cancer.

The study’s findings surround the activity of Frizzled7 – a receptor or cell surface protein that accepts signals from outside the cell.

Previous research had already established that a type of stem cellin the gut – which can be uniquely identified because it is the only one that sports another receptor called Lgr5 – plays an important part in triggering cancer.

These stem cells – called crypt base stem cells, or CRCs – help to regenerate the epithelium or lining of the gut when it gets damaged. To do this, they need to allow “Wnt” signals through their surface receptors into their cell interior.

The receptors that allow passage to Wnt signals are called “Frizzled,” and there are 10 different types.

But before this study, it was not known which of the Frizzled receptors allowed passage to Wnt signals in the Lgr5-unique stem cells – the CRCs – to trigger cancer. The team eventually pinned it down as Frizzled7.

Lead investigator Elizabeth Vincan, a professor and head of the cancer biology lab at Melbourne, explains:

“If you knock out Frizzled7 while the cells are in a dormant state they aren’t able to make the tumor grow. The aim now is to try to get to those cells while they are dormant, before they start growing. It represents a shift in the targeted management of cancers.”

She says the next step is to find a way to target Frizzled7 and develop antibody treatments that work with current therapies.

The American Cancer Society estimate that this year, 93,090 people in the US will discover they have colorectal cancer and 39,610 will die of the disease.

Meanwhile, Medical News Today recently reported a study in the journal Cell that described how correcting a disrupted tumor suppressor gene in mice successfully caused colorectal cancer cells to revert to normal cells. The researchers found that the tumors regressed and disappeared, or reintegrated into normal tissue, within 2 weeks.